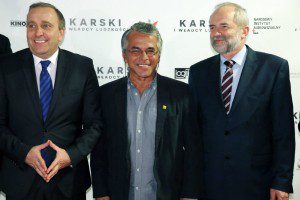 We are thrilled to announce that the documentary Karski and the Lords of Humanity was not only completed but was picked up for the theatrical distribution by one of the most respected Polish distributors and a major force in Polish cinema: “Kino Swiat”. The theatrical premiere of our film Karski and the Lords of Humanity” (Karski i wladzcy ludzkosci) took place in Poland on April 24, 2015 (Jan Karski’s 101st birthday), and the film will open at 15 theaters all over the country. Not bad for any documentary!


“It is in our national interest, i do not hesitate to use these words, that this film reach as far as possible on the the international scale.” Says Grzegorz Schetyna, Poland’s Foreign Minister

I am happy to let you know that due to the unusual interest in “Karski & The Lords of Humanity”, “Kino Swiat” a major film distribution force in Polish cinema, which originally opened our film at 15 theaters, then in 26 theaters, today shows the movie in 49 theaters around the country.

Official patronage from the Polish Ministry of National Education

The film tells the story of Jan Karski, the Polish underground courier who traveled across occupied Europe to inform the Allied powers of Nazi crimes against the Jews of Europe in an effort to prevent the Holocaust.
This labor of love project, which took seven years to complete, got further great news: Official patronage from the Polish Ministry of National Education. What it practically means is that the film you have supported will become part of Holocaust education in schools in Poland. According to “Kino Swiat,” the film will reach 6,000 schools in Poland — in other words, thousands of Polish students will be introduced to Jan Karski’s story through our feature-length partially animated documentary.

Details of the U.S. theatrical premiere of the film will be announced as soon as possible.

An exhibition of making of “Karski & The Lords of Humanity” including storyboards, early drawings and screenshots accompanied the Special Screening of the selected segments from this movie took place at Manufaktura, Lodz, Poland on September 19, 2014. 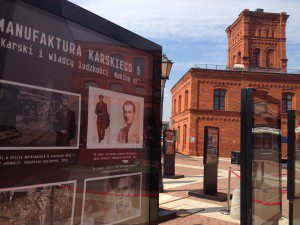 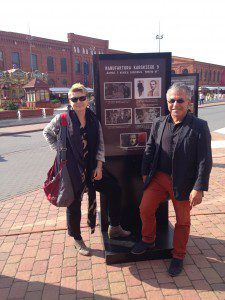 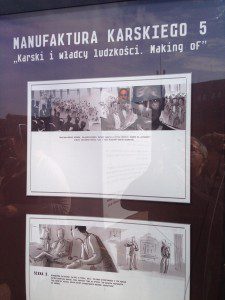 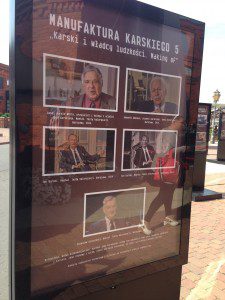 Donations to support promotion and distribution of the film can be made to Karski & The Lords of Humanity film project by credit card or PayPal at our official website: www.jankarski.com by clicking on the “Donate” button. Just to remind you that your contributions to Karski & The Lords of Humanity film project are tax deductible. LOGTV, Ltd. is the U.S. Producer of the film and it has a 501(c)(3) non-profit organization status. If you shall require an acknowledgement letter for tax reasons, please e-mail grunberg@logtv.com