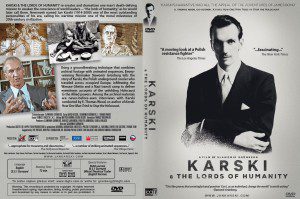 LOGTV, Ltd is pleased to announce that Educational DVDs of KARSKI & THE LORDS OF HUMANITY movie are now available for purchase.

Educational DVDs come with Public Performance Rights (PPR), which permit screenings in a classroom, church, museum, synagogue or library for educational closed circuit purposes, when no admission is charged. (Other presentations open to public are not part of PPR and require permission from the distribution company and the license fee.)

“… appropriate for museums and classrooms…” The Hollywood Reporter

To order the EDUCATIONAL DVD online please go to: http://www.logtv.com/catalog/index.php
or e-mail: grunberg@logtv.com

To order the EDUCATIONAL FILM in HD streaming on Vimeo On Demand go to: https://vimeo.com/ondemand/jankarski 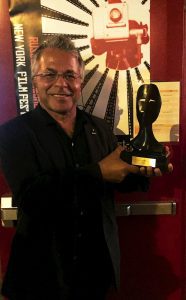 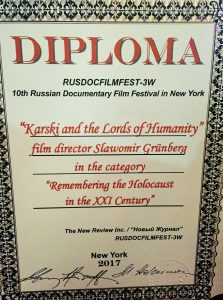 THE BEST FILM in “Remembering Holocaust in the XXI Century” category 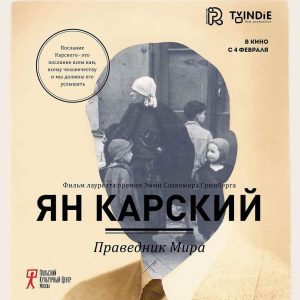 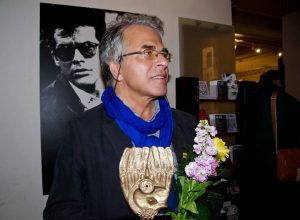 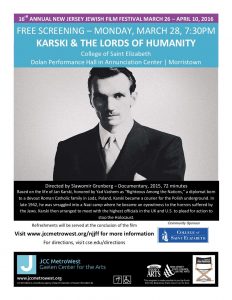 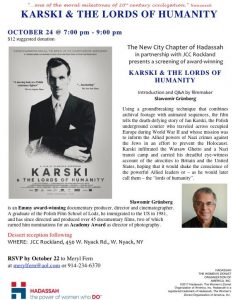 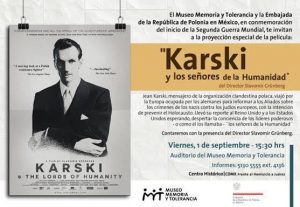 University of California in Berkeley, CA 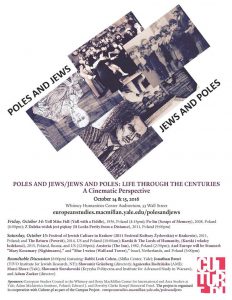 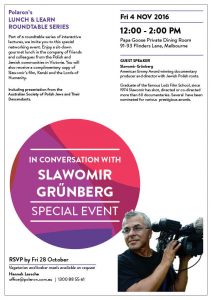 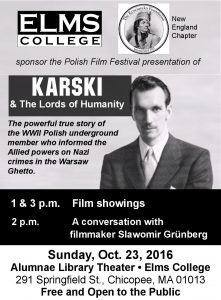 Jewish Federation Association of Connecticut (JFACT) and Hillel at CCSU 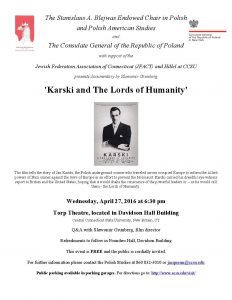 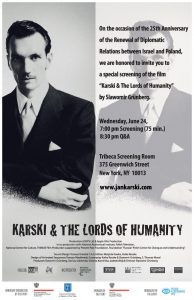 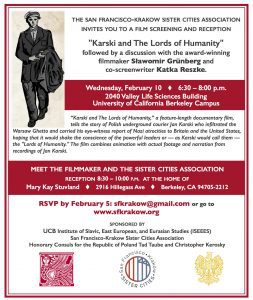 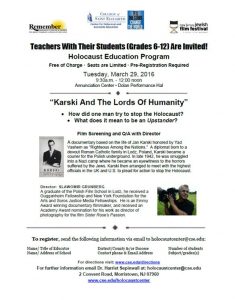 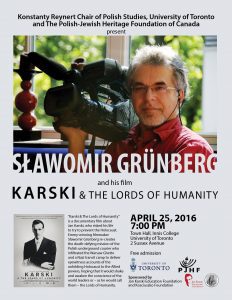 “Karski & The Lords of Humanity” screens on January 20, 6.15 PM at Iluzjon Cinema in Warsaw, Poland as part of the Polish Film Eagles Awards competition. This film awards ceremony status in the Polish film industry can be compared with Academy Awards. 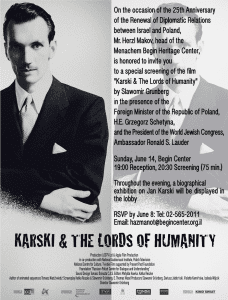 May 28, 2015, 8 PM; “Karski & The Lords of Humanity” (Karski i władcy ludzkosci) at The Grand Finale of  O!PLA – Festival of Polish Animation, Kino Kinematograf, Lodz, Poland. 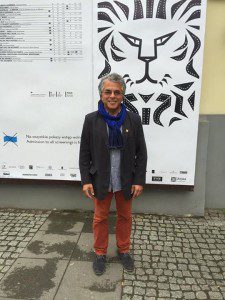 May 10, 2015 “Karski & The Lords of Humanity” wins a Special Award for “The Best Polish Film” at the Jewish Motifs International Film Festival in Warsaw, Poland

May 2015 “Karski & The Lords of Humanity” screens at Off Camera International Festival of Independent Cinema in Krakow, Poland 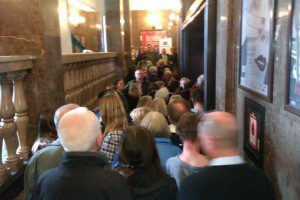 Due to the unusual interest in “Karski & The Lords of Humanity”, “Kino Swiat” a major film distribution force in Polish cinema, which originally opened our film at 15 theaters, then in 26 theaters, today shows the movie in 49 theaters around the country

The theatrical premiere of “Karski and the Lords of Humanity” (Karski i wladzcy ludzkosci) will take place in Poland on April 24, 2015 (Jan Karski’s 101st birthday), and the film will open at 15 theaters all over the country.

April 23 An Official Polish Premiere at POLIN Museum of the History of Polish Jews, 8.30 pm

Details of the U.S. theatrical premiere of the film will be announced soon. 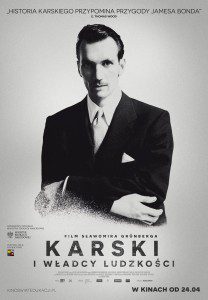